Lymphoma is another word for lymph node cancer, which is responsible for approximately 5% of all cancers. As with any cancer, if a physician can diagnose it in the early stages, the success rate is higher, and the treatment is often shorter.

Still unknown for what causes lymphoma; however, studies connect it to the Epstein-Barr virus and medications. People with HIV are at a higher risk of developing this type of cancer. And so are those who are exposed to herbicides and pesticides.

Statistics show that more men are diagnosed with this type of cancer than women, but it is not currently clear why. The groups that are most at risk of acquiring lymphoma are people who are between the ages of 15 and 34. After that, the risk is low until the age of 54 years old.

Awareness of The Symptoms

Swollen lymph nodes are one of the first signs of lymphoma. The lumps will be hard, solid, and continue to grow. Though cancer is the first thing that comes to mind when swelling occurs, it often is just a symptom of a common infection. Swollen nodes are most commonly noticed in:

Other areas that lymph nodes can be found are along the torso, thighs, chest, and deep in the body. In addition to swollen nodes, the following can be signs of lymph node cancer: 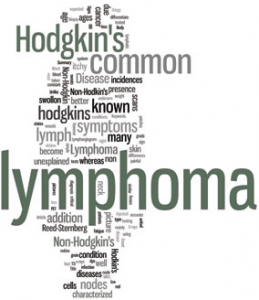 When there are symptoms of this cancer, a physician will take a medical history, note symptoms, and then do tests to diagnose. The analyses include node biopsy, scans, and blood tests. These tests will result in one of two types of lymph node cancer being diagnosed.

These are the two types of lymph node cancers, and both of them have similar symptoms. One is more common and can run in families:

When lymphoma Is Diagnosed

A positive biopsy means a lymphoma diagnosis. After receiving a diagnosis, an individual is then referred to an oncologist where more specific tests are done that will help an individual obtain a particular treatment.

An oncologist, or cancer specialist

Lymphoma treatment depends on various factors, including the type of lymphoma, the patient’s general health, the patient’s age, the affected body part, as well as the stage of lymphoma tumors. Your doctor should offer advice on the next course of action after carrying out thorough tests. Some of the treatment options your doctor could recommend:

Treatment for lymphoma includes radiation, chemotherapy, or a combination of both. According to the International Prognostic Score

, the five-year FFP and OS were 78 and 90%, respectively. An early diagnosis results in a better chance to cure or control the disease, which results in the cancer survivor going on to live a healthy normal life.

There are many forms of innovative treatments available, thanks to the fact that the medical community has gained a greater understanding of this form of cancer. Many procedures that use to be experimental have found their way into mainstream treatment.

A lymphoma diagnosis combined with a fighting spirit that doesn’t accept defeat will be what it takes to be among the many survivors of lymph node (lymphoma) cancer.